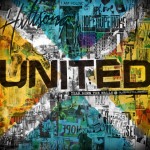 Hillsong United, Tear Down the Walls / Across the Earth (May 2009)

It’s been a pleasure to buy a copy of United’s latest work.  I’ve been processing it, listening to it in my car, and dialoguing with a few friends about it.  I’ve been looking on United’s site and reading some posts to get some context for its creation.  Thank you, Hillsong United, for another beautiful offering to our Father in heaven.

I would like to review the album with some positive comments and then some constructive feedback.  Hopefully it will bless the Church and worship leaders to be discerning about the songs they utilize in their worship services.

What I love, more than anything else about Hillsong and Hillsong United recordings is their attempt to aurally capture the corporate worship setting.  The lead vocals are always very tucked, and one hears easily the swell of many voices (whether choir or congregation) coupled with lots of verb to give it that “in-house” feel (I know many of them are actually in-house and the reverb is actual house acoustics).  I also appreciate that they have an arsenal of different lead singers, helping play down the notion of a “celebrity frontman.”  Not every church has the resources to have multiple worship leaders and lead singers, but it’s a blessing when they do.

The musical production is outstanding.  It’s the unique, “signature” Hillsong sound, with creative electric guitar and synth work.  The electric guitar/synth line (at least that’s what I think it is) on the opening track has that beautiful tension of familiarity and uniqueness (oh, so enjoyable).

The album title is creative in its double-entendre, and therefore it’s a powerful umbrella to encapsulate a powerful album.

The best song on the album: “Desert Song.”  As a person who, even at a young age, has had to endure some heavy suffering, I have a tender spot in my heart for any song whose theme is, basically, “even when God has ordained suffering for me, yet I will praise Him.”  “Desert Song” does this.  More than that, “Desert Song” has a unique, yet singable melody and chord structure, and has a nice flow and movement.  We will be using “Desert Song” at our church.

Another great song: “Soon.”  The church needs more songs that focus on the eschaton.  We get so caught up in the now, and yet Christ’s resurrection and down payment of the Holy Spirit has sealed for us a future that we need to be continually aware of.  “Soon” does this.  Among modern worship songs, it is rare in its second-coming focus.  It’s a sweet, beautiful song.

(It’s interesting that the two songs I most like are sung by Brooke Fraser.  I can’t find who wrote these songs [come on Hillsong, don’t make it this hard], but my hunch is that she wrote these two.  Why?  She wrote “Hosanna,” which is full of biblical allusion and theological reflection.  And these two song seem to come from a similar mind.  In general, I find Fraser’s writing a cut above the other Hillsong lyricists.)

An overall observation of much of United’s material, across their many wonderful albums, is that their lyrics tend to be disjointed (logical coherence is one of my criteria for choosing worship songs…see my article on criteria).  From line to line, I sometimes have a hard time making the immediate logical connection.  I understand that some songs are intentionally “impressionistic” (such is the case with the hymn on our album, “Light After Darkness,” by Frances Ridley Havergal), but when it happens for much of the material, I have to pause and ask the question of how healthy it is for churches to speak to God with such hiccupped communication.  For instance, here’s verse 2 of “Freedom is Here:”

One CAN discern logical connection with all these phrases, but it’s just a bit haphazard and stream-of-consciousness.  Historically, that type of writing hasn’t made for strong and lasting worship songs.

Another overall observation of Hillsong United (and this may be more of an underlying theological difference between Assembly of God / Charistmatic theology and my convictions) is that they tend to be triumphalistic in their lyrics.   For instance in “More than Anything”:

As I’ve said about “Mighty to Save,” I just can’t in good conscience before God sing the Pre Chorus lyrics sincerely.  Because I know, no matter HOW far I’m down the journey of sanctification, I still have times where I AM shaken.  I still do have times where I slip and DO let go.  I can’t claim that kind of triumph.  It should be my ideal, but I can’t sing them honestly.

In general, Hillsong United could stand to have more biblical depth (with exception being the writing of Fraser, as noted above).  There’s nothing wrong with experiential lyrics, but United often teeters on being experiential to a fault, to the neglect of other things.  Thinking of worship from a congregational nourishment perspective, I wonder how nourished the United congregations are.  I know they’re inspired and even transformed by fresh waves of the Spirit, but are they nourished?  Is the intellectual side of their faith being nurtured?  Are their heads engaged AS MUCH AS their hearts?